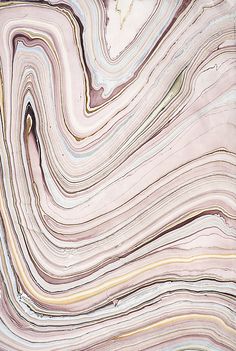 It’s not a complete food blog, without some sort of written work about the social determinants of health LOL. Enjoy!

The Social Determinants of Health

Michael Marmot and Richard G. Wilkinson, both authors of the book entitled “Social Determinants of health” defines the term to be influenced by fourteen facts; among the fourteen facts included are: Social organization (stress and health), early life, the life course (social gradient and health), health and labour market disadvantage (unemployment), health and the psychological environment at work, transport and health, social support and cohesion, food, poverty (social exclusion and minorities), social patterns, ethnic/racial inequalities in health, social determinants in older age, neighbourhoods (housing and health), and sexual behaviour (health). The main concepts of these factors show how these determinants are supported by researched data and written work. The WHO plays a major part in the publication of these facts, they are an agency “seeking to reach evidence-based policy recommendations on what can be done to reduce health inequalities and improve the health of the disadvantaged” (p. 2082, Marmot, 2006). The book in summation is based off of Marmots previous work and current work alongside Wilkinson and various others, all in relation to research in North America.

In Dennis Raphael’s publication with Mikkone, they believe that “the primary factors that shape the health of Canadian are not medical treatments or lifestyle choices but rather the living conditions they experience” (p. 7, Mikkone & Raphael, 2010). Dennis Raphael further describes the social determinants of health to be, “the economic and social conditions that shape the health of individuals, communities, and jurisdictions as a whole” (p.2, Raphael, 2004). Raphael, being an advocate for promoting Canadian health entitles his written work to be solemnly based on the Canadian perspective. This is made possible in order to maintain the goal of “preventative health measures and improving population health incomes” (Raphael, 2004). The framework of social health revolves around twelve determinants: Aboriginal status, early life, education, employment and working conditions, food security, gender, health care services, housing, income, social safety net, social exclusion, and unemployment. Mikkone and Raphael have also oriented the social determinants differently depicting the eleven factors into six parts.

It is easy to see that these authors have their own opinions on the particular factors that may affect an individual, society or family’s health. Marmot and Wilkinson look at a broad perspective, by having devoted their research on a much larger scale. Their combined written work and research appears to be related to global outcomes, besides the fact that their research was based on North American studies. Mikkone and Raphael refer to the Canadian perspective; therefore the determinants are not meant to be global. For instance, in Mikkone and Raphael’s perspective, they remark how Aboriginal status is of importance since the populations of Indigenous peoples reside in Canada. In this situation it becomes an indicator that the health of these people may cause some concern. In contrast, Marmot and Wilkinson does not mention this as a major factor, however they mention ethnic/racial inequalities in health instead by noting the differences. Furthermore, gender (females in particular) is an unnoticeable determinant even in the 20th century, which is mentioned by Mikkone and Raphael. Women are deemed as the key holder of household responsibilities, as well as family oriented values. It is clear to see that women still earn less of an income than men, therefore stating the gender inequality among the genders. These factors contribute to how a female may be able to provide a safe environment for the children, employment and of income. Another determinant of Wilkinson and Marmots that differed from Mikkone and Raphael’s was of sexual behaviour. The importance is mentioned in Wilkinson and Marmot’s text, “Sexual activity is an important component of human health and well being; a key component of the equality of adult partnerships and a prerequisite for natural conception and, thus, the survival of humankind.” (p.318, Wilkinson & Marmot, 2006). No doubt there appears to be a relationship with sexual behaviour and of one’s health, however since they are similar there are also some negative effects. Diseases such as HIV and several illnesses have erupted due to sexual relations, are becoming a spreading pandemic. With all of these differences being said, all of the authors’ remarks on determinants based on different perspectives have an impact depending on the residing location of the population or individual.

In comparison, all of the authors have noted similar determinants. There appears to be variation in entitlement of the social determinants, as a result the individual determinants are completely identical. To start off, early life determines what factors are powerful enough to affect one’s health based on childhood predictors. These predictors may be in the form of direct or indirect causes such as biological and social processes that may be present. In addition, early life can affect an individual’s health or determinants such as education or preparation for employment. Evidently the next determinant, unemployment, is a common factor wherever people are present. In the same way income, as illustrated by Dr. Raphael “shapes overall living conditions, affects psychological functioning, and influences health-related behaviours such as quality of diet, extent of physical activity, tobacco use, and excessive alcohol use” (p.12, Raphael 2004). This is noted as the most influential social determinant of the fourteen. ”Low income predisposes people to material and social deprivation” (p.12, Mikkone & Raphael). Paraphrased, having a more equal income proves to have a better overall health of a society since the greater the debt a society has, the less likely individuals and families are able to afford necessities. Raphael suggests that, “lack of employment is associated with physical and mental health” (Mikkone & Raphael, 2010). Even though Raphael and Mikkone talk about social determinants that affect people living in Canada, they agree with social exclusion being and indicator of health. Food security is a dominant indicator of a person’s health. The amount that an average household spends on other resources is another indicator of the lack of food security. Education is another similarity that is commented by all of the authors. Social exclusion can be segregated into four groups: Denial of participation in civil affairs, denial of social goods, exclusion from social production and economic as indicated by Dr. Raphael. Raphael and Mikkone describe social exclusion to be mainly affected by those with disabilities, immigrant and women. This creates living conditions to be rather rough for those who are of a minority or ethnicity. Similarly, Wilkinson and Marmot agree that social exclusion “also relates to cultural aspects of exclusion and discrimination and refers to the relationship between the included and excluded” (p.207, Wilkinson & Marmot 2006). In Wilkinson and Marmots (2010) text, education is mentioned in the social determinants of health in older age. By earning a higher education, it strengthens the health of an individual and becomes opposite when one is low on income. Education of an individual goes into ties with how well that individual may obtain a proper job, income, housing, and several other social determinants. These similarities among the social determinants of the different perspective show how alike the health issues are even in different areas.

Health and the social determinants of it, defines who we are as an individual living in a society. It can make the individual who they are, and can degrade them along in the process as well. Perspective is highly important in other to obtain the best results; it removes any bias that may be lurking. The written work of Mikkone and Raphael for instance, has illustrated accurate relations to the people residing in Canada since that is the perspective they were aiming for. However, no doubt that Marmot and Wilkinson are correct alongside Mikkone and Raphael. Given these facts, our personal relations to the social determinants have been separated into seven parts: Individuals status and social exclusion, early life and education, employment/unemployment and work environment, food security and housing, gender, health services and social safety nets, sexual behavior (health), and lastly income. Boldly enough, it seems apparent to place certain individual determinants into groupings rather than by themselves. Combining the determinants is loosely based on the fact that those particular determinants are affected by one another. Sexual behavior and the health of an individual can be talked about in several ways which is why it is incorporated into its own group. Gender and income remain separate from the other groupings as well as a result of its uniqueness to the determinants. Gender involves roles, responsibilities, and entails males and females. Granted, it can also be affected by income; generality determinant of gender revolves around equality and it not measure. Income on the other hand can be a main effector in all of the determinants mentioned, and does not only just affect one determinant, it has the power to affect all of them. In this situation, income is a measurable which may or may not result to other factors. Other determinants not mentioned have been included in the groupings for example, neighbouring (housing and health) which has been combined with food security and housing. In closing, the simplicity of the determinants is what needs to be established, and not be complicated further by other miscellaneous determinants that may not affect an individual or society.

As a foreword of the various authors that contributed in defining what makes up the social determinants of health; the impressive written research work were fairly influential and should taken into consideration. Unmistakably, many people neglect the aspects that defy how health may be affected by common sense factors. This is demonstrated by examples such as income, employment and even gender roles. People do not understand the benefits nor the hardships of what may happen when any individual, family or society suffers from any one of the determinants. Social exclusion, gender roles, unemployment are all examples depicted in the text, however are all seen as small influential factors. Public policies should be implemented in order to have certain rules be put into place. These policies set order, help structure, and strengthens the awareness of what needs to be taken cared from among each determinant of health. Generalizing this statement is best explained in a quote from the Canadian public health association, “advocating for health public policies as the single best strategy to affect the determinants of health” (Raphael, 2004). Health must be managed, susceptible to change, in order for this to happen things would need to be implemented. The action plan in order to maintain or even grow from the lower end of the social determinants of health is to change living conditions, strengthen the communities, support one another and reduce the inequalities be it by gender or ethnic background. The key is to make these social determinants of health to be more noticeable to people and to gain the fundamental knowledge from the information given. A social determinant can easily signify what it takes to survive and be the essential necessity for growth. People may not be exposed to certain extremities, or are used to details that contribute to one’s overall health likewise the social determinants are fundamental to being a human.

Social determinants of health and nursing: A summary of the issues. (2005). Retrieved from https://www.cna-aiic.ca/~/media/cna/page-content/pdf-en/social-determinants-of-health-and-nursing_a-summary-of-the-issues.pdf?la=en

WHO: Key concepts. Retrieved from http://www.who.int/social_determinants/sdh_definition/en/

This site uses Akismet to reduce spam. Learn how your comment data is processed.